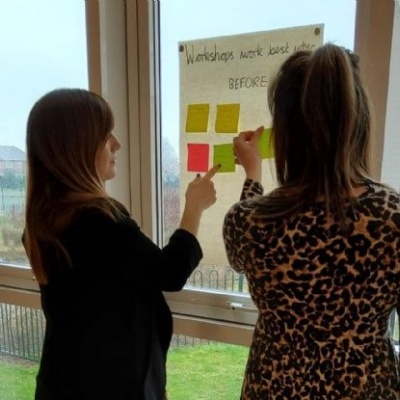 On Tuesday 22.02.2022 ('Twosday’), Improvement Champions from all nine partnership schools and the Partnership Lead (OWN Trust CEO Stuart Mansell) took part in a full day of training. The OWN Trust hosted the event at Woodston Primary School.  In the afternoon, headteachers from each of the schools joined in the collaborative development.

The event provided an update on progress by Improvement Champions' Successes and areas for development in delivering workshops to school staff following their peer review.

During the reviews process, each school identifies a focus for the review, which is undertaken by an independent review team from within the partnership.

Approximately two weeks after the review, a workshop is delivered at the school by an Improvement Champion from elsewhere in the partnership. They then facilitate an action plan from the school to make improvements in the area of focus.

The Improvement Champions have set up their own WhatsApp group to keep in touch and share ideas and resources. There were lots of positive comments about the event including:

Thank you to everyone who attended and took part.